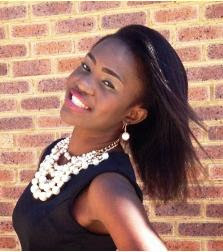 Born on 11 May 1992 in Johannesburg of two Congolese (Democratic Republic of Congo) parents, Stella Mpisi is the second born of a family of three beautiful girls. In 2003, both her parents died simultaneously in a car accident leaving my sisters and I orphaned. After the tragic death, things turned upside down and life took an unexpected turn.
.
In 2010 she wrote her first novel, an autobiography entitled “Sweet Memories: Tears of a melody” which was published in January. In 2011, Stella co-founded a multimedia production company, Sheer Magic Productions. The company, which offers various services such as photography, videography, event management and other, has a mission which entails the education of youth through means of media.

Today she is the Executive Producer and Creative Director at Sheer Magic Productions as well as an active writer, blogger and philanthropist. She am also an activist against colourism and a public speaker. 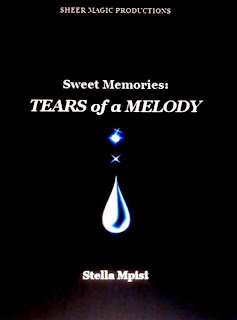 After the simultaneous death of both her parents due to a fatal car accident, ten year old Stella Mpisi and her two sisters are orphaned and left alone. About a year after the tragic loss, Stella and her younger sister are taken illegally and by force out of South Africa and are brought to an unfamiliar country were they suffer both physically and emotionally for nearly six years.

Tears of a melody is the first book of an autobiographic duology in which Stella shows how God’s infinite love and grace helped her through her hardships and sufferings and how it gave her the courage and strength to escape from that dreadful situation in order to make something of her life.

.
The book is available for free on
www.smashwords.com/books/view/119511