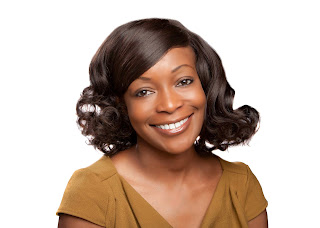 Jacqueline Onalo is one of the convenors of our Conference with United Nations Envoy to Africa and South African Superstar, Yvonne Chaka Chaka on “AFRICA RISING: THE ROLE OF THE DIASPORA AFRICAN WOMAN”. The Conference will be hosted by The Rt. Hon. Baroness Verma at the House of Lords, Westminster Houses of Parliament, London. Thursday 2nd October 2014.
.
Jacqueline is a human rights and immigration lawyer at R.Spio & Company Solicitors. She is both a barrister and solicitor of England and Wales. She has recently been admitted as an advocate of the High Court of Kenya. In the UK, Jacqueline has been involved in consultation with the Home Office with regards to proposed changes in legislation, policy and procedure in asylum, immigration and human rights.She devises and delivers training to legal practitioners and legal update seminars to community groups through various churches and Citizens for London (TELCO). She contributes to an immigration radio show on Pan Afrique FM and regularly appears on BenTV promoting the “Africans against Corruption” online campaign. Jacqueline is one of the pioneers of the Diaspora Development Associates (DDA) whose pilot scheme through African Community Development Foundation led to the establishment of African Diaspora Volunteering. She is a trustee of Community Development Initiatives (CDI), a charity that operates in Kenya and the UK. CDI’s fundraising efforts have contributed to various projects centered on poverty alleviation, promotion of education, performing arts, micro finance and micro enterprise. She has recently been appointed as trustee of Young Christian Workers who campaign. Jacqueline is a member of the “POWER 14” a consortium of Diaspora Women Leaders and one of the top 100 Diaspora ChangeMakers selected for their phenomenal leadership qualities and achievements in community development by the Royal Society of Arts and Comic Relief.