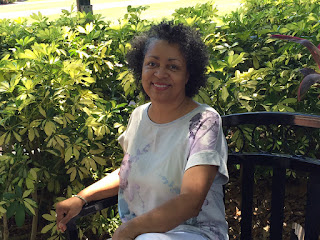 I love a good mystery! Writing, as well as reading stories with intriguing and interesting plots are my favorite things to do. The thing about a good mystery is that they’re entertaing and they feed the senses in a huge way…at least for me, anyway. I get so wrapped up in a good mystery, spending an entire night absorbing and devouring every word is a pretty regular thing in my world.
.
The best mysteries get my blood coursing through my veins at a high speed while my heart rate struggles to calm itself. I guess I’m a mystery junkie. lol! The part that really gets me going is the mind of the killers in these stories and how in the world do they have whatever it takes to kill another human being! Gives me the willies just thinking about it! But it’s very interesting as well. Can you imagine having a mind full of swirling thoughts ending the life of another? Whew! Before you begin thinking I’m capable of murder, let me say this:
.
“I write murder mysteries, not because I enjoy the act of killing, but because I’m fascinated by the audacity of it”. ~ Me 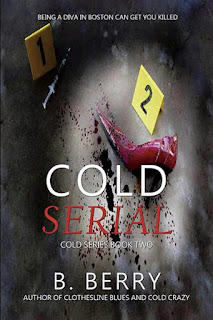 She noticed the thousand-dollar suit, the diamond Rolex and the BMW almost immediately, and decided she must have him; after all, she’s a diva and deserves nothing but the best. Harold Masterson smiled, but only because he anticipates what will come later. He knows she’ll be impressed when he tells her he owns Masterson’s Gems in downtown Boston and when she gets an eye-full of his two million-dollar condo on Beacon Hill, she’ll immediately begin working on a plan that will get her a spot in his bed. She has no idea what he’s really after.
.
He is sick to death of women who think of themselves as divas. They have no idea what it means to be a true diva, nor do they have what it takes, with their knock-off shoes and purses, believing the world can’t tell the difference. Well, he can tell the difference from across the street! He’s tired of the pushy attitudes and the demanding tones in their voices. They remind him of his mother; she’d treated his father like a servant, always insisting he treat her as if she was some sort of royalty. All Harold wants from that type of woman is to seduce her, use her body, and then strangle her to death.
.
Women are coming up missing in Boston, Massachusetts and the families of the victims are demanding answers. Lead detective, Craig Barnes is convinced this has the smell of a serial killer’s work and he is determined to apprehend him. After losing his wife to the hands of a serial killer that had stalked the streets of Boston many years ago, the case has him rattled and stressed. With Raayna by his side, keeping him grounded, he finally stumbles on information from a homeless man who tells him what he saw in the park on a dark, rainy night. 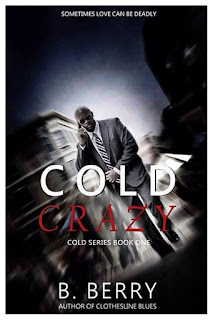 COLD CRAZY is a story of love and loyalty and about the times in life when the bond of friendship can overstep its bounds. It’s about a group of friends that push their long-lasting relationships to the limit. Unexpected and startling affairs ignite, and friends and lovers become suspects in a senseless, premeditated murder. Boston’s trendy South End is the backdrop for this sexy tale, where the drama rises to a suspenseful climax, and souls are bared for the world to see.
.
Kara and Makai were truly happily married, at least for the first couple of years before Makai begins thinking he can’t possibly get all he needs from just one woman. Kara had heard about his indiscretions from her younger sister Raayna, but it wasn’t until she found evidence of his cheating (on her own) that she realized Raayna had been right all along. Kara finally confronts him and kicks him out of their home, and then the unexpected occurs.
.
Kara is found dead from two bullets to the head, in the parking garage at the Boston Hospital where she worked as an oncology nurse, and things immediately begin to heat up. When police begin digging around, searching for a cold-blooded murderer, truths unfold and secrets come tumbling out. Lives begin to unravel, revealing jealousy and raw rage, and most disturbingly, pure insanity at its most dangerously evil depth rears its ugly head and somehow, someway, justice must be served.