Jennifer Fisch- Ferguson has been writing and publishing fantasy stories since 2003. Publishing credits include short fiction, writing contests and novels.
.
She attended the Eastern Michigan University and graduated with a B.A in African American History and promptly went to work with AmeriCorps on a literary initiative. She went to the University of Michigan and got her Master’s degree in Public Administration in 2008 and while she finished writing her thesis, also got a Masters in English – Composition and Rhetoric in 2009. She recently is working on her PhD at Michigan State University in the field of Writing and Rhetoric. She has been teaching collegiate and community writing classes since 2003 and loves the variety and inspiration her students bring.
.
She currently is finishing her trilogy and dutiful writes on her blog space about her journey. She is excitedly expanding her ever developing world and looks forward to the new adventures waiting to be written. 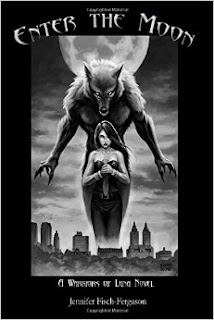 Enter a world where chance encounter changes a woman’s chosen path.
.
Enter a world where, in the dark of Central Park, a hidden society fights to exist.
.
Enter the Moon where Her fluctuating phases irrevocably intertwine two lives.
.
With wealth, beauty, and a voice like liquid gold, life was right on track for Kama DeKosse; then she met Jack and, for once, decided to toss caution to the wind and see where it would take her. The world of romance gave her new encounters and the chance to flirt with the mysterious.
.
Jack Twist enjoyed his orderly life of power and control. Being pursued was an intriguing challenge and, following instinct, he enjoyed the chase. In a twist he would have never expected, Jack found an amazing passion that ran wild and crazy as Kama brought something new to his life, something that neither of them knew how to control. Unable to resist the attraction, he joined the game as Kama turned his world upside down and made his inner wolf howl with desire, consequences be damned.
.
Kama can’t deny the overwhelming pull towards Jack, even when she is forced to make a choice that could cost all her hopes and everything she has ever worked for. And just when she thinks it can’t get any worse, life takes her up on the challenge. Kama learns a secret that not only threatens her family and Jack, but also her very life. 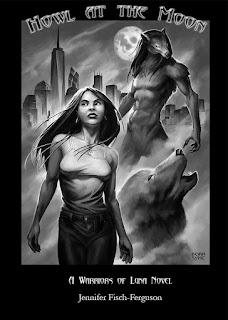 Kama DeKosse thought the most exciting thing about her senior year would be a solo recital at Julliard. That was before she found out her werewolf lineage and was forced to take a Rite of passage to stay with her pack in Central Park. Kama began to feel the constraints of trying to simultaneously live in both the human and Loup worlds. In the human world, she was still a child with little choice. In the Loup, she became an adult, and with that title, the expectations to fully participate as a member of the pack.
.
Jack Twist reveled in the success that allowed Kama to stay with him. Just when he relaxed, his Park was attacked and he was forced to take a Spirit Quest that tested him and subjected him to pain he thought left behind. He is forced to make decisions that might save his pack but would mean leaving the woman he loves.
.
Kama traveled to learn about her heritage from the family she had never known existed. This only caused more tension with a Pack who questioned her loyalty and with her loved ones who don’t understand all that being Loup entails. Only the threat of war called her back and she prepared to go into a battle, uncertain if this was a fight she could win.