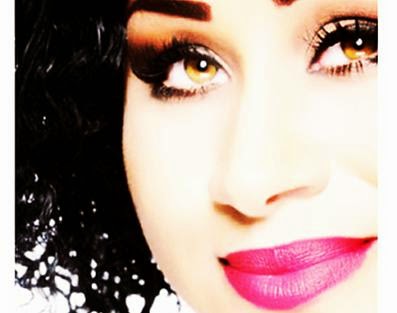 Public Speaker, Certified Life Coach, Iraq War Veteran, Forensic Fingerprint & Mortuary Expert, Juvenile Justice Advocate, Deputy Sheriff and Active Humanitarian. T. Denise Manning imagined a future for herself and refused to stop short of her potential. Learning early that life provides some children with little more than an imagination and a potential, T. Denise has overcome hardship and loss to succeed where failure is the easier path. Raised amid rampant gang violence and a raging drug war near Oakland, California, she found her way out through inspiration, action and drive. A story of family upheaval, grief, goal identification and brazen tenacity, Ms. Manning’s life and worldview is a shining example of what the human spirit can endure and achieve.
.
Born just one generation beyond prostitution and abject poverty, T. Denise Manning first moved beyond expectations by graduating high school with honors when many thought she would never walk the stage. Entering the military allowed her to pursue her education without interruption and to focus on her many intellectual interests. Today, with over thirteen years’ military service in the United States Army, including a one-year tour in Iraq (Operation Iraqi Freedom, OIF 09-10), Ms. Manning holds degrees in Criminal Justice, Criminal Justice Administration, Psychology Life Coaching as well as receiving a PHD, in Theology .T. Denise has also worked with various police departments in fingerprint analysis and crime scene processing. Currently Denise is a well sought after Life Coach and Public Speaker; Denise is the Life Coach for Florida A&M University. Ms. Manning also serves as a Deputy Sheriff Reserve for Gadsden County Sheriff’s Office and has worked diligently for the Florida Department of Juvenile Justice advocating for Youthful Offenders.
.
Never one to forget others, Denise has also dedicated herself to public service with programs forat-risk populations. She has established and facilitated several creative writing and poetry classes for youthful offenders already in the criminal justice system; Ms. Manning has received numerous commendations for Outstanding Service and Distinguished Service and has been highlighted for community service leadership in several print publications, on television, and on the web and from various organization’s and universities.
.
It’s no secret that Ms. Manning is an overachiever and she holds membership in many social and civil organizations, She is the charter president for the Greater Tallahassee National Council of Negro Women, a Commissioner for the status of women and girls for Leon County Florida, a Human Relations Council member for the City of Tallahassee, A board member for the Boys And Girls club, Chair of the Leon county Minority, Women & Business Enterprise Council, A recognized national top leader for Sigma Gamma Rho Sorority and the list goes on….
.
Charismatic, direct, inspired and POWERFUL, Ms. T. Denise Manning speaks to the core issues of overcoming hardship and achieving personal success – through courage, tenacity and imagination. Denise Manning inspires others to reach the potential they’ve always imagined! 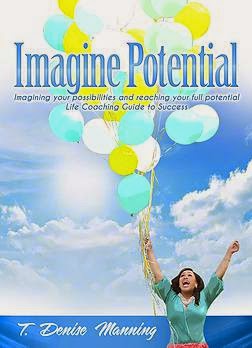 To any and every girl that needs an extra push, to the girl that was told she wasn’t good enough or ever felt that she couldn’t or wouldn’t accomplish her dreams because of what someone said or her upbringing. This book is for you! Tap into your thoughts and control them. Realize that you have a power inside of you that has authority to thrive.
.
Never give up on whatever it is you hope for. Use your imagination and zone out. Get in your zone and use your imagination. Never stop, never stop planning, never stop talking about it, never stop wishing for it… Never! To all the young women that love themselves so hard that they refused to listen to the haters, the men that caused havoc or the family members that didn’t believe in you. You don’t owe anybody! This life is for YOU to live.
.
More about  T. Denise Manning:
www.authortdenisemanning.com
. 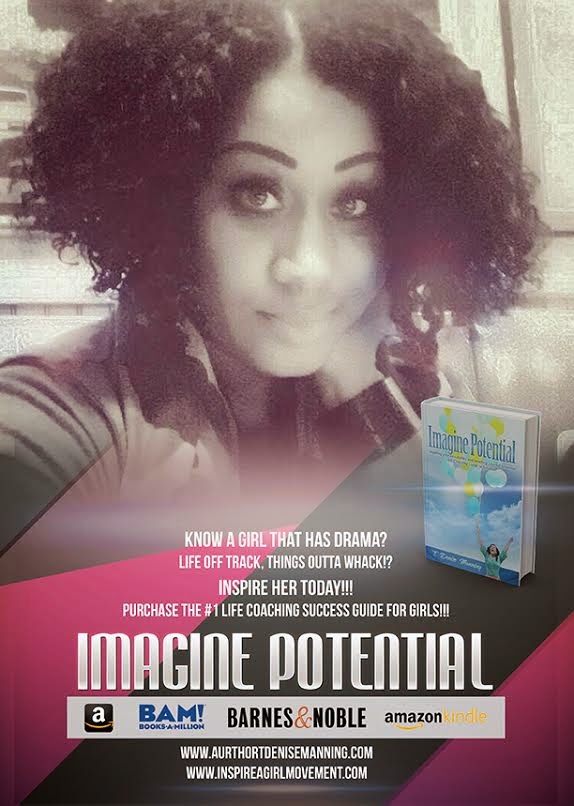