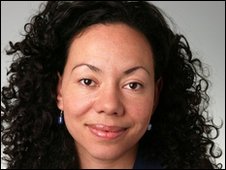 Former Labour MP Oona King has announced she will run for mayor of London in 2012.

The former Bethnal Green and Bow MP will challenge former mayor Ken Livingstone, who will run again, to be named the Labour mayoral candidate.

The bid marks her return to politics after she lost her seat in Parliament to Respect’s George Galloway in 2005.

Both the candidate for mayor and the party’s next leader will be chosen at Labour’s autumn conference.