I’m so proud to announce the appointment of my friend Sandra Rafaela as H.M Senior Commissioner EU / Africa at the African Kingdoms Federation. 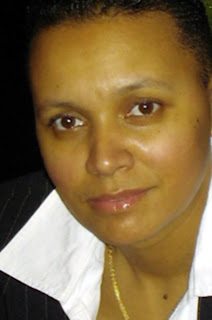 This is an unique opportunity to discover talented women in Europe who masters her destiny and affirm herself as a leader of the African diaspora living in Europe. She kindly accepted to give us an outlook of her vision of black women empowerment.

Sandrine Joseph (SJ) : You are a European Black Woman Leader, co-founder of Women of the African Diaspora – WAD. Could you tell us more about how you have created it? What were the best moments you live by meeting other Black Women.

Sandra Rafaela (SR): End 2005 I discovered that there were almost no websites for black women created by black European women. And if there were any, than it was only for professionals and was only for business. This made me create a website and network (AESN) with information by and for black women. In 2007 I met Adrianne George (Sweden), who had/ has a very successful blog “Black Women in Europe”, and asked if she wanted to work together with me. She agreed and together we created the Women of the African Diaspora website and social network which was launched in 2008. Important was and still is the visibility of black women on the internet. The website features black female authors/ business owners/ artists/ musicians and provides news about or for black women. The different social networks are a platform for black women to network.

SJ : What are the best moments by meeting other Black Women.
SR : Best moment was to be able to co-organize an International Black Women Conference in Amsterdam, The Netherlands. This conference was about black business women and about women living in Europe and their experiences. There were also black female business owners who could showcase their business during this conference.

SJ : You have been appointed as H.M. Senior Commissioner EU/ Africa on Women Development and Empowerment within the African Kingdoms Federation? I’ve never heard about this organization. Could you tell us more about it? What are your plan for the 2 next years?
SR : The African Kingdoms Federation (AKF) is a union, consisting of all of Africa’s states ancient Royal Kingdoms referred to as the Traditional Kingdoms and Traditional Rulers, forming a Royal Monarchical Federation. The union form by the Sheba Kingdoms ancestors at its earliest period hundreds years ago, was referred to as the Maa-Confederation, later in the period of its colonial history, with its nations broken and in torment, it was referred to within inner Africa, as the Mother Nation, later referred to as Mother Africa by the slaves taken from the Kingdoms out of Africa, and in particular their African-Americans and African-Caribbean descendants of the Diaspora in the later generations as Mother Africa and the Motherland.

The Federation has one purpose, one goal, which is working directly with the Kingdoms and Tribal Nations and as well in collaboration with the Trans-African Nations; African Union and ECOWAS Governments as a unified People towards the Development and Empowerment of the African Continent Nations for the Social and Economical empowerment of the African Tribes, African Nations and African Governments. Initiated after the Federation and Matriarchs over 25 years of preparation within the Kingdoms and sealed through the Federation Matriarchal March 10th 2006 Decree.

As being H.M. Senior Commissioner EU/ Africa on Women Development and Empowerment within the African Kingdoms Federation I want to improve the visibility of black women Worldwide and work and work toward an union between all women.

This through strategic Development of the Internal Infra-structure, of these said Nations, Countries and Continent; of the referenced termed 3rd World Nations.

SJ : What are your plans for the 2 next years?
SR : The coming two year I plan to create more visibility for black women globally but also create a bridge to women in general.

SJ : If you wanted to share you knowledge on Black Women, what could be the best source of information you would provide, and why?
SR: There are different sources on the internet where information about Black Women can be found: Afro European Sisters Network Blog/ Black Female Authors Blog/ Women of the African Diaspora website/ Black Women Unite Social Network/ Black Women in Europe Blog/ Black History Heroes Blog. All pages can also be found on Facebook.

SJ :Regarding Black History, do you think that Black Women have the right place in our memories?
SR: In Europe black women are not really visible. As long we cant mention 10 Black European women who were part of the European history, we still got a lot of work to do. Cause I’ am convinced that they are out there, but that we never heard of them.

Sandra RafaelaWomen of the African Diaspora