Commission on Security and Cooperation in Europe

The Transatlantic Minority Political Leadership Conference has taken place annually at the headquarters of the European Parliament in Brussels since the seminal Black European Summit (BES): Transatlantic Dialogue on Political Inclusion, held in 2009. The events focus on Black and ethnic minority political participation in Europe and North America. This year’s Conference focused on the social and political inclusion of ethnic and racial minority populations in Europe and the United States. Participants considered the adoption of an EU-U.S. Joint Strategy on Racial and Ethnic Equality, similar to current United States’ initiatives with Brazil and Colombia that address issues of inequality and discrimination.

Including Diversity on the Transatlantic Agenda: The case for a EU-U.S. Joint Strategy on Racial and Ethnic Equality and Inclusion

Are We Being Served? Minorities at the Decision-making Table

Honoring the 2011 International Year for People of African Descent

Including Diversity on the Transatlantic Agenda:

The case for a EU-U.S. Joint Strategy on Racial and Ethnic Equality and Inclusion

The Parliamentary Forum focused on an EU-U.S. equality and inclusion strategy, potentially modeled after existing bilateral ‘Joint Action Plans’ the U.S. maintains with Brazil and Colombia focused on eliminating racial discrimination and inequality. The Forum was prompted by a 2010 EU-U.S. Summit affiliated European Parliament Resolution calling for a dialogue between governments on greater tolerance and respect for diversity. Panelists reviewed the situation of racial and ethnic minorities in Europe, including
political participation and provided an overview of existing U.S. Action Plans. Inter-Parliamentary Union Secretary General Johnsson maintained that any EU-U.S. plan must include a focus on minority political participation, especially in national Parliaments, while External Action Deputy Secretary General Popowski
noted a plan would assist in complying with international human rights norms.

EU Fundamental Rights Agency Head, Mr. Dimitrakopoulos relayed disturbing statistics on the situation of ethnic minorities and migrants and raised the importance of active citizenship for these populations. U.S. State Department Sr. Advisor Carr-Johnson highlighted current successes between the U.S. and Latin America plans and their applicability to Europe. Conference participants supported incorporating any new strategy with Roma inclusion efforts that were being discussed in the European Union and the need for minorities to be involved in the development and implementation of strategies, noting the need for the creation of minority thinktanks. U.S. Representative Hastings commented,

“Too often have governments done things to us rather than with us.”

At the conclusion of the Conference, Conference participants called for the U.S. State Department and the European Commission to adopt a Joint Action Plan.

Minority legislators compared and contrasted the social and political situation of racial and ethnic minorities and migrants in North America and Europe based upon their experiences. All speakers noted the underrepresentation of minorities in government at national and other levels in their countries, which impacted access to quality education, employment, and other resources. Existing government programs to improve the situation of minorities were found to be largely ineffective, in part due to poor implementation and underfunding. An absence of minority legislators who could support such measures and
waning political will were cited as additional reasons for these efforts being unsuccessful. Canada’s first Asian Senator, Vivienne Poy extolled Canada’s social integration methods for migrants allowing them to excel in some areas, while noting the lack of diversity in the Canadian Parliament and the need for reforms in the electoral process. Belgian MEP El Khadraoui of Moroccan descent noted that only 4% of candidates were of a foreign background in a recent election in the Flanders region, despite 30% of the population being foreign born and having high unemployment rates that warranted political action. U.K. parliamentarian, David Lammy of Black Caribbean origin noted the need for strategies from minorities to increase pressure on traditional political parties to adopt beneficial policies for their communities, including strengthening education. Both Lammy and El Khadraoui highlighted Europe’s growing class of inter-racial youth and its impact on European identities. Zagreb City Councilwoman of Croatia, Ms. Ismailovski reflected on her journey as the first Romani woman to graduate from University and be elected. She lamented the lack of clear and measurable actions for the Roma community compared to five years ago in the face of the recession. African-American pollster, Cornell Belcher detailed the power of minority voters in winning U.S. elections, but noted the current failure of U.S. political parties to reach out to them and support policies benefiting their communities.

Panel Chair, U.S. Representative Barbara Lee offered closing remarks where she spoke of challenges in her work leading the U.S. Congressional Black Caucus to address racial disparities in the United States. She also noted her entry into politics via a Congressional fellowship and the need for similar professional development opportunities for minorities throughout the transatlantic space. Former U.K.M EP Glyn Ford raised concerns with growing racist and xenophobic political parties in Europe that were rolling back gains for minorities.

Are We Being Served?: Minorities at the Decision-making Table

For the third year, prior to the Conference, U.S. Congressional minority staffers and interns participated in an exchange with the European Parliament’s Socialists & Democrats Group. In addition to meetings with European counterparts and party leaders, this year’s program included attendance at a Foreign Affairs Committee meeting, where EU High Representative Catherine Ashton spoke about the EU’s Libya strategy, an S&D Group meeting focused on plans to create a code of conduct to fight corruption in Parliament, and a book launch entitled, Roma: A European Minority, the Challenge of Diversity Inclusion.

The 2011 International Year for People of African Descent aims at strengthening national actions and regional and international cooperation for the benefit of people of African descent in relation to their full enjoyment of economic, cultural, social, civil and political rights, their participation and integration in all political, economic, social and cultural aspects of society, and the promotion of a greater knowledge of and respect for their diverse heritage and culture. 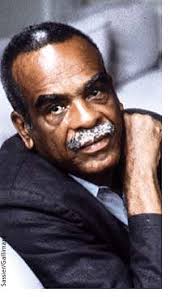 In honor of the 2011 International Year for People of African Descent, Dorothy Height of the United States and Edouard Glissant of France received Posthumous recognition for their work to advance minority political participation presented by U.S. Representative Gregory Meeks and French Parliamentarian George Pau-Langevin.

“I believe we hold in our hands the power once again to shape not only our own but the nation’s future — a future that is based on developing an agenda that radically challenges limitations in our economic development, educational achievement and political empowerment.” – Dorothy Height

Honoring the 2011 International Year for People of African Descent