Opera Singer Bibiana Nwobilo was born in Nigeria and raised in Austria; her CDs include Gershwin’s ‘Porgy & Bess’ and Oskar Nedbal’s ‘Die Winzerbraut’ 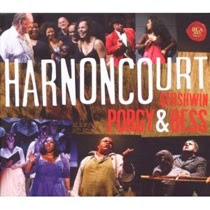 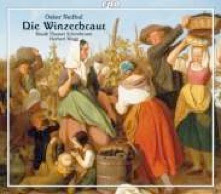 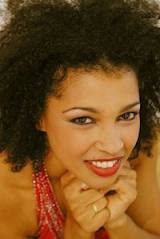 Bibiana Nwobilo
A Tweet from BlackGermans @BGCSinc has brought the soprano Bibiana Nwobilo to our attention.  She was born in Nigeria and grew up in Austria.  Two of her three recordings are shown above.  Bibiana sang the role of Clara in Porgy & Bess in 2009, among other performances.  Here is an excerpt from the English language version of Bibiana Nwobilo’s website, http://www.bibiana-nwobilo.com/ :
Born in Nigeria and grown up in Austria, Bibiana Nwobilo‘s interest in opera music started while still young. She attended the Music Academy in Klagenfurt and the Music Academy in Vienna where she successfully finished in the year 2006. Her teachers were Mrs.  Gabriele Sima and Hilda DeGroote.
In the year 2007 she was the winner of the „Heinrich Strecker Contest“ in Baden near Vienna, and in the following year (2008) she won the  prize of the „Armin Weltner Foundation“ in Switzerland.
2012 she received the cultural musical price in Carinthia.  Bibiana Nwobilo has been performing on stage since early life. She performed in various concerts all over Austria, and also appeared in Kirk Franklins “Händels New Messias“.
AfriClassical blogBibiana Nwobilo