In a new series of articles, black women living in Europe share their views from the inside. In our sixth article, Gloria Dixon-Svärd traded her dreams of being a diplomat for a life way up north.

So what made a big city girl like me venture off to a small town way up in the north of Sweden and stay there for 19 years and become a “Norrlänning”? Well I suppose this question can’t be answered in one short story since there are so many factors which play a part. Some have to do with the person I was before coming to Sweden and the rest has to do with experiencing Sweden as a new arrival in the north. I had a lot of the quietness that is the stereotype of most people from the north and I simply fit right in. 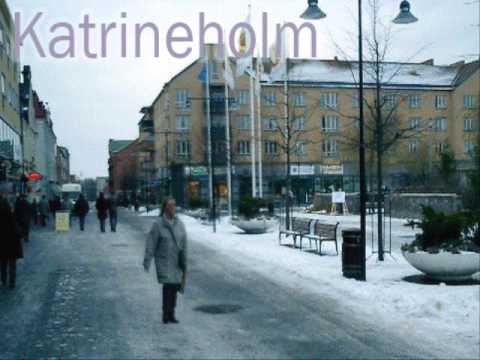 My first encounter with Sweden was back in 1974 when I came as an exchange student to small town outside of Katrineholm. That doesn’t say much for those who don’t know Sweden but at that time Katrineholm probably had a population of about 20,000 as opposed to Washington DC’s over 700,000. The fact that I had fallen so deeply in love with a Swedish exchange student at my school the year before had a lot to do with it. Still, in my junior year I had expected to study abroad in Paris. I was very focused on becoming a diplomat and working at the US State Department so an international experience was mandatory. The romance with the Swede and contact with Sweden became a big plus in my quest for international knowledge. When I got to Sweden I simply fell in love with the country – its simplicity, the standard of living; the people, one couldn’t help but love the country. It was the closest thing to a “Utopia” which I had read so much about in my history and political science classes during the 70’s. But that’s another story.

The years came and went. I finished a 2 year visit in Sweden and went back home to become the diplomat I thought was my destiny. It didn’t happen! I continued to vacation in Sweden and on one such vacation I met my future husband who just so happened to be from a small northern town called Boden. I could write an entire article to describe my encounter with Boden and the north. In terms of “area” Boden’s Kommun is a very big town comprised of several small, neighboring towns. Up until the late 90’s Boden was Sweden’s northern most strategic, security point of protection. And yes, my husband like so many other men who lived in Boden worked for the military. So in the spring of 1979 I was living a life I never thought was possible: married and living in northern Sweden. Boden is a beautiful town in the summer. Like Stockholm it is a city on water but without the stress and the masses. I was now in the land of the midnight sun and it was truly an experience to find oneself up at midnight wondering when you would get tired. That comes at the price of November and December when there is approximately 3 hours of daylight! But there was something very exotic about that contrast which enthralled me for about 10 years. Experiencing the northern lights for the first time, Wow! I considered myself enlightened back then but I had never heard of the northern lights until I found myself on a dark, lonely road on my way home one night. Mine was the only car for miles around and the lights suddenly appeared in the sky, dancing as they say in the north in all its magnificence. I was terrified! I was sure that I was experiencing an encounter with the unknown. This is before mobile phones so I was “ALONE” and scared in every sense of the word.

In the north you find yourself living in wait of the return of spring and the new life waiting around the corner.  Still, Boden turned out to be my door into the world of international business. As an American I was quite unique for that part of the country so I can truly say that I was a novelty in the right place at the right time. And I was a novelty because I was American, black, female in high heels and skirts, spoke not only Swedish and English but I also possessed at the time a working knowledge of French which was exactly what was needed for the job I secured. I was in charge of all the international contacts with both customers, suppliers and several sister companies around the world. So my studies of diplomacy came in handy after all.

My husband, son, daughter and I moved to Stockholm in 1998 as my son had just started to become a person to reckon with in track and field and the opportunities in the north were not many. We wanted him to have the best possibility to fulfill his dreams and I would come closer to an international scene and maybe work for the Swedish government. The job with the Swedish government didn’t happen, but I work for another international company and my life is here. My husband passed away 5 years ago but my son and daughter and granddaughter are within reach. They mean the world to me which is why I am still in Sweden. Yes I think about moving home but I have lived here longer now than I have lived in the US. I have become European and I don’t know how I would fit in to American society, trying to go back to being the American I once was after the exposure to a life in Sweden! Not just a Swedish experience but a European experience!!

Gloria Dixon-Svärd was born and raised in Washington, DC. She moved to Sweden 34 years ago where she married, had two children and became a grandmother. Instead of becoming the US diplomat she dreamed of she built a career working for International companies in northern Sweden and Stockholm.

In our next article Erica Smith-Escassut found a way to feed her spirit in France.