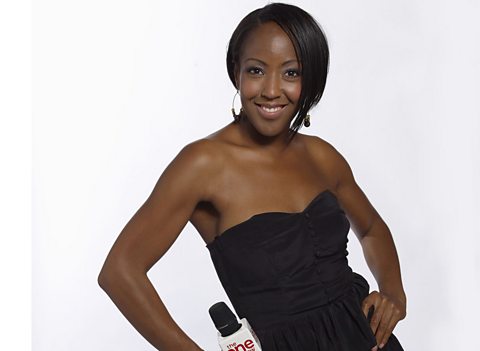 The One Show’s generalist reporter Angellica Bell has fronted a wide variety of topics for the programme.

Angellica grew up in West London and went on to study Politics at university. It was there she had her first taste of broadcasting getting involved with radio and presented a daily student breakfast show. Her career at the BBC started in 2000 as a presenter for Children’s and during her 6 and a half years there, was BAFTA nominated twice for Best Presenter.

I’m an inquisitive, fun loving, goal driven girl, who always tries to do the best she can in whatever situation she finds herself in.”
Angellica Bell

Having served 14 years at the BBC, Angellica has fronted a number of BBC1 primetime shows including Departure Lounge, Holiday Hit Squad and The Great British Village Show. She is one of the longest serving reporters on The One Show, having been chosen to be part of the team from the outset. Her intelligent, warm and engaging presenting style has meant she has reported up and down the country on subjects ranging from The Puffin Quiz Book, the 50th Anniversary of Bond where she was put through her paces performing her own stunts, The Bristol Bus Boycott which overturned a ban on ethnic minorities working on Bristol’s buses and visited Denny, the Scottish town that is the home of the red pillar box.

As well as continuing her work on The One Show, Angellica is also filming a new BBC primetime show which will be on your screens later in 2014.