I picked Ellen to be a Black Women in Europe Blog™ 10th Anniversary Shero because she’s gutsy, a trailblazer and extremely cool. I first blogged about Ellen in August 2012. Born in California and raised in New York State she’s teaching finance on the University level in France in French. Non? Oui! She ran a great video series on the Obama campaigns and has developed a reputation as a sought after speaker on African American culture and politics. I witnessed Ellen complete her absentee ballot one election year. She’s shown me what an expat life can look like when one is fluent in the local language, excellent at what they do, passionate about their family and willing to savor everything along the way. Ellen shares her knowledge of finance with us as a 10th Anniversary gift for which I am grateful.

Thank you Ellen for sharing to empower us.

Sisters of the diaspora in the new financial landscape. Text by Ellen Kountz.

Financial empowerment and economic equality were two subjects that Martin Luther King, Jr. was just getting around to addressing when he was tragically shot down in the prime of his career. There had been rumblings that he would “go there”, which is to say address poverty as an economic rather than purely a social issue, and by doing so, in the eyes of many of his day he was ‘getting out of his lane’. Since then, unfortunately, we have not had broad social debates about economic justice, beyond the narrow and short-sighted stigmatization of the ‘welfare queen’.

Welfare queen, perhaps, but which one are we speaking of? The under-resourced unwed mother, or the corporate CEO with his endless tax loopholes? I’m more preoccupied with the latter. Over the course of the past half century, our Western economies have become less and less industrialized’, and more and more ‘financiarized’. What does this latter term mean? Basically, it is the fallout of increased regulation, scrutiny, and competition. As financial markets, and stock exchanges particularly, drove a spotlight to companies financial performance, rather than their underlying industrial performance, “finance-speak” became more popular in the media. For example, the stock exchange is a competitive place where companies are vying for investors’ attention and funds, and as this competition intensifies, companies will be forced to make managerial and industrial decisions that are for the sole purpose of satisfying financial needs. When large firms have mass layoffs, their goal is to keep their stock price competitive and maintain dividends for their investors. Slowly but surely, finance is no longer being used to fuel businesses. Instead, business is driving the financial model. 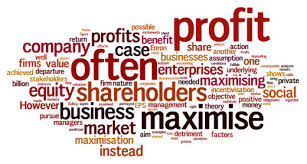 Now that profit maximization is the imposed norm in most of the world, and getting only very little pushback from alternative models, such as the collaborative economy, or decreased-consumption objectives, we are faced with another fallout of this sinister system. This fallout is the need to multiply our own individual income models. Once upon a time, a nuclear family could realistically live on the parents’ annual income This model has been phased out, by a complex list of savings, investment, income, and retirement needs that require expertise and attention.

I encourage sisters of the diaspora to do two things: embrace finance and make it your own, it’s a starting point to feeling empowered and entitled. Also, in the name of sustainability objectives, more responsible corporate governance and a re-set of North / South balance of power, consider that the next decades will give rise to what are currently seen as marginal, alternative concepts. Indeed, we can go from exclusion to inclusion in no time in this fast-changing world of finance.

Ellen Kountz is a finance lecturer in business schools throughout France, including Grenobe Ecole de Management and Paris School of Business. Ellen was born at Stanford University Hospital in Palo Alto, California. In 1973 she moved with her parents and two older brothers to the North Shore of Long Island. Upon graduation from Great Neck North High School in 1988 she attended the undergraduate business program at The Wharton School of the University of Pennsylvania,in Philadelphia. At the end of her junior year, the Dean warned her that she needed at least one liberal arts class to graduate. She went to Paris on a study abroad program to perfect her French while fulfilling the requirement and has lived there ever since.

When people ask Ellen why she stayed in Paris, she reminds them that she was hired as a capital markets intern in the trading room at JP Morgan bank’s Paris office, located at place Vendôme. As a finance major, was there a better first job in the world? Over the years, she went on to positions of increasing responsibility in other financial services institutions in Paris. She most recently worked at the Bourse de Paris, rebranded NYSE Euronext. Currently, she is a candidate for certification as an independent corporate director at the Institut Français des Administrateurs, on the campus of Sciences Po.

Ellen lives in the Left Bank with her husband and daughter.

Meet all of our Anniversary Sheroes.