“We take this incident extremely seriously,” Buckingham Palace said after racism allegations were made against the palace aide by an activist who attended a reception hosted by Queen Camilla 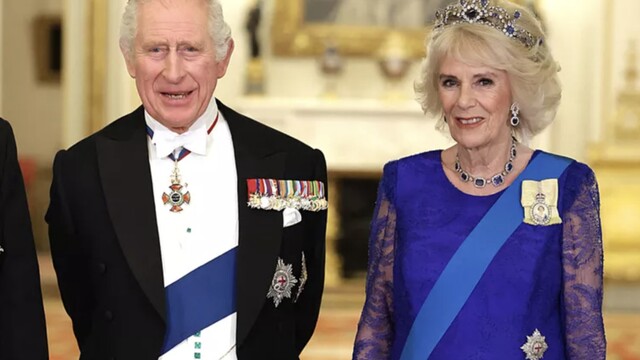 One of King Charles III‘s top team members at the palace has resigned after claims of racism were made against her by a guest who attended a Buckingham Palace reception to combat violence against women on Tuesday.

Domestic abuse activist Ngozi Fulani says she was repeatedly asked racially-loaded questions about her heritage and background by the palace aide at the reception, which was hosted by Queen Camilla.

In a statement, Buckingham Palace said the member of the royal household has resigned and apologized after “unacceptable and deeply regrettable comments” were made.

Outlining the full conversation on Twitter, Fulani, who was born in Britain and attended the event on behalf of Sistah Space — a support group for African and Caribbean women affected by abuse — claimed she was asked questions like “what nationality are you?” “where do you really come from?” “where do your people come from?” and “what part of Africa are you from?”

The aide at the center of the controversy, called “Lady SH” in Fulani’s tweet about the incident, is widely being reported and referred to on social media as Lady Susan Hussey, 83, a longstanding lady-in-waiting to the late Queen Elizabeth and godmother to Prince William. King Charles recently made her Lady of the Household.

“We take this incident extremely seriously and have investigated immediately to establish the full details,” a Buckingham Palace spokesperson said on Wednesday.

“In this instance, unacceptable and deeply regrettable comments have been made,” the statement continued. “We have reached out to Ngozi Fulani on this matter, and are inviting her to discuss all elements of her experience in person if she wishes.

“In the meantime, the individual concerned would like to express her profound apologies for the hurt caused and has stepped aside from her honorary role with immediate effect. All members of the Household are being reminded of the diversity and inclusivity policies which they are required to uphold at all times.”

The racism allegations come as Prince William and Kate Middleton travel to Boston on Wednesday for three days of events leading up to William’s Earthshot Prize awards ceremony on Friday evening.

In a statement Wednesday, a spokesman for the Prince and Princess of Wales said: “I was really disappointed to hear about the guest’s experience. Racism has no place in our society. These comments were unacceptable and it’s right that the individual has stepped aside with immediate effect.”

Fulani attended Queen Camilla‘s palace event to highlight the campaign against domestic and sexual abuse of women. Fulani was invited by Safe Lives, one of the charities Camilla, 75, has long supported.